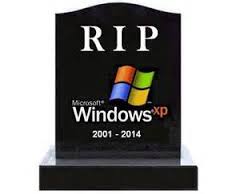 On 8th April, after 12 years, Microsoft pulled the plug on its support for Windows XP, leaving companies still reliant on the system exposed. Microsoft, along with its hardware and software partners, felt the time had come to divert resources towards more recent technologies in such a fast-moving sector. But the move has potentially disastrous repercussions for businesses still using Windows XP. With security patches no longer being produced for the system, it will now become increasingly vulnerable to attacks until it is eventually so full of holes that it collapses altogether.

Nearly 30% of internet-connected PCs still run Windows XP but replacing or upgrading desk computers is a relatively straightforward, if costly, task. When companies are operating entire monitoring and control systems using Windows XP, the potential problems are multiplied many times over, and the consequences if equipment with external links was to fall victim to hacking could be hugely damaging. Fortunately for one business in this situation, the management team recognised the significance of this looming issue and turned to Denca for a solution.

The customer had the SCADA systems on three machines all operating using Windows XP – one running separately and another two robots linked together and externally running on XP. It was evident that production would be at risk in future, and the decision was made to upgrade the software to Windows 7, ensuring manufacturing would be safeguarded by Microsoft support for years to come.

The first stage of this process proved a simple job, with the original PC replaced with a new version that successfully installed Windows 7 to the SCADA, allowing it to run exactly as before. Denca engineers were pleased with such a fast, efficient and seamless transition, but were aware that the second stage of the upgrade was likely to present a greater challenge.

Switching over the second and third machines, both industrial robots used for loading and unloading products into and out of a furnace, was a more complicated proposition. The robots are fitted with Cognex vision systems operating Windows XP, and the cameras on these were discovered to be each using slightly different firmware.

The robot used for unloading responded to a straightforward exchange, with a new PC operating Windows 7 running the SCADA with no problems.

However, the camera firmware fitted to the robot loading the furnace would not link with Windows 7. Denca engineers, with support from Cognex, were able to modify the firmware on that camera and connect it to the SCADA using Windows 7 again via the planned new PC.

All the upgraded software has now been operating well since installation, and the customer has a newly upgraded system with the peace of mind of ongoing security protection.

Get in touch with us